He apologises for causing offence with his statement.

Lil Wayne has reached out and apologised for the offence he caused by suggesting that he didn't feel 'connected' to the Black Lives Matter movement simply because he was rich and successful. He made the statement in a recent interview, but explained that he spoke without thinking after another question upset him. 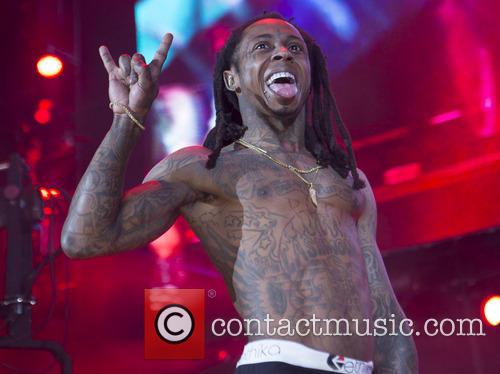 The rapper appeared to make an impassioned speech on why he didn't think Black Lives Matter had anything to do with him, but has now revealed that he only said those things after a question about his daughter got him riled.

'When the reporter began asking me questions about my daughter being labelled a b**** and a h**, I got agitated', he told TMZ. 'From there, there was no thought put into her questions and my responses. Apologies to anyone who was offended.'

However, he later took to Twitter to post a cryptic message, suggesting that he was 'misunderstood'. 'Is intelligence always misunderstood?' He wrote.

The inflammatory statement in question was giving in an interview with ABC, where he initially acted as if he didn't know what the Black Lives Matter movement was before launching into an explanation on why he didn't necessarily agree with it.

'Somebody got shot by a policeman for a f***ed up reason', he said. 'I am a young, black, rich motherf***er. If that don't let you know that America understand black motherf***ers matter these days, I don't know what it is. That man white, he filmin' me. I'm a n****r.'

'I don't feel connected to a damn thing that ain't got nothin' to do with me', he added.

The question regarding his daughter that caused such a dismissive response later in the interview touched on Wayne's use of derogatory words for females in his music. 'So, your daughter - would you have any problem with her being called a b**** or a h**?' He was asked.