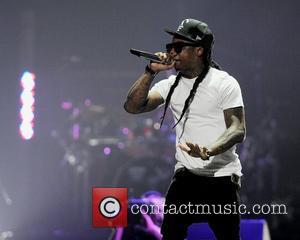 Picture: Lil Wayne performs during the 'I Am Music II ' tour at the Bank Atlantic Center. Sunrise, Florida – 05.04.11

Lil Wayne has postponed the release of his upcoming album by a month to give himself more time to perfect the tracks.
The hip-hop star's latest record, Tha Carter IV, was due to hit shelves on 16 May (11), but the launch has now been pushed back until 21 June (11).
MACk Maine, president of Lil Wayne's Young Money record label, has put the delay down to the rapper's determination to make sure the album is perfect.
He tells MTV news, "He's still perfecting a few things, he's a perfectionist... changing a few lines. We also have a huge record that wasn't done yet. We're in L.A. right now. We have a little studio time and it should be done probably by Monday.
"If you calculate all of that, by the time we would've finished mixing, we wouldn't have met the (original) due date to turn in the album. So we had to push it back."