Just last week we brought you some of the best Lil Wayne quotes, however clearly it’s a piece that could be added to forever and yet still always need to be revised. We say this because Wayne was at his ranting early this morning (February 18, 2013) as he tore into NBA players, specifically those who play for Miami Heat, even more specifically Chris Bosh.

The reports of Wayne’s outburst came through on Twitter, where many people were watching him play Stereo Live in Houston. This weekend just gone was the NBA All-Star weekend, and Weezy evidently had a problem with the ballers. Allhiphop.com found some of the tweets, which seemed to largely come from two people. “Wayne leading "f*ck the NBA" and "f*ck The Miami Heat" chants. "Fuck LeBron, f*ck 'she wade!!'" read one, whilst another apparently quoted Wayne saying "’The NBA banned me from all NBA events... Becaus the Miami Heat told them to ban me.’"

Chris Bosh was singled out for criticism too, with LeBron James and Dwayne Wade also apparently under fire. “’F*ck the heat, f*ck Lebron, f*ck shewayde and I f*cked Chris Bosh wife’ – Weezy” read another tweet by someone in attendance. If true, the incident stems from when Miami Heat allegedly threw Wayne out of a building during last week’s warm-up match with the LA Lakers. 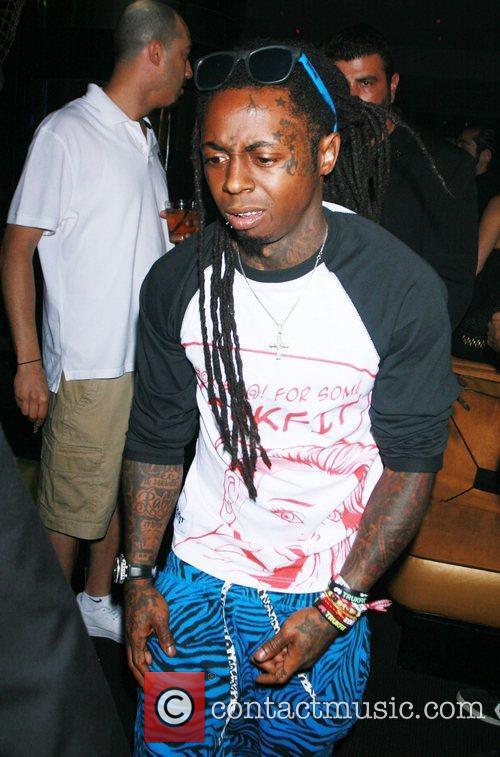 Lil Wayne was reportedly not a happy fella in Houston