Lil Wayne - I Am Not A Human Being II Album Review

Lil' Wayne's back with studio album number whatever and it's exactly the kind of sonically-predictable, intellectually-debased, single-minded chunk of culturally-razed mainstream hip-hop that you may have come to expect from Lil' Wayne. The 30 year-old rapper with a successful career in his back pocket has, over time, honed his interests down to two major topics: 1. His own penis and 2. women's vaginas. As you may well expect, this leads to a fairly limiting - and pretty brutal - listening experience for anyone that can actually see past their own genitalia. 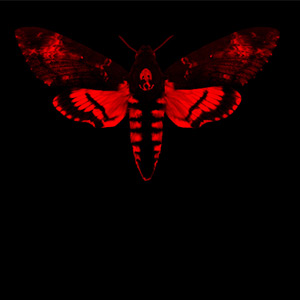 The opening track, IANAHB, starts with a bold, emotive piano lament; it's dramatic, fierce and moving. It's beautiful, in a strangely aggressive way. High hopes then, for the next 15 tracks. Instantly: HOPES SHATTERED, for there comes the open mouth of Lil' Wayne, vile imagery dribbling forth uncontrollably as he vomits up the first thing that comes into his low-rent mind, with little thought of the kind of image he might be portraying of himself. "I'm in the crib," he starts. That's ok, he's in the crib, that's promising, right? "Butt naked bitch," he continues. Heart sinks. No time to pause to consider. "She says my dick could be the next black president." OH. That's where we're at. Really? THAT'S where we're at? Listening to a 30 year-old man telling us "I be grindin' on these hos like a half-pipe," hoping that our eyes don't roll all the way out of heads with riled disdain.

Has no one moved on from this? Is mainstream hip-hop suffering some kind of terrifying Peter Pan complex, in which Peter Pan is a snotty-nosed teenager with his hands stuck down the front of his Calvin Kleins, trying to impress his pals with his sexual bragging rights and stopping the weight of his weaponry from pulling his Adidas track-pants down? Talking of weaponry, one of the few tracks in which Lil' Wayne's train of thought actually removes itself from the gusset of some young maiden's lingerie, is 'Gunwalk' (feat. Gudda Gudda, for what it's worth). Herein, Wayne explains what we've all been dying to know all these years (and no, it's not 'how to be the perfect girlfriend,' though he does get to that later on, so just hold tight). why the walk, Wayne? Why the limp? OH, THE LIMP?? Funny you asked. That's his gun walk. Yeah, he walks like that 'cos he's got a gun. The gun makes him walk like that. It's because of the gun that he has. Guns are scary. He's got one. It makes him walk with a limp. The limp is a direct result of the gun. If you didn't know that BEFORE listening to 'Gunwalk,' you sure as well will by the end of it. It's a simple song, with a retarded message. A retarded message that he repeats ad infinitum, to the point that you start to wonder if an MP3 can skip in the same manner that CDs and records do. Still, it's a welcome break from all the pussy chatter.

Talking of welcome breaks, Lil' Wayne shows a degree of taste when he samples Jamie Lidell's 'Compass' on the track 'Back To You.' A gentle snippet of Lidell's folky love song, the sound of Wayne lighting up and inhaling over the top of it. Then, much like that opening track: Blam! You get about 35 seconds of light relief before Wayne slams in and starts rapping about his damn penis again, seemingly unaware of the discomfort that such a ridiculous cultural juxtaposition provides. Tipping the scales in the war of metaphors, you have Lidell's dusty romantic line about a 'compass' that takes him back to his lover, weighed down by Wayne's more heavy handed approach to lyrical imagery as he spouts "she ride me like a drive-by." Nice. It's the musical equivalent of standing by and watching someone drawing a bus-stop cock on a Picasso.

Should we move on from the lyrical content? Maybe talk about the production? The drums like gunfire and the skittering hi-hats on 'Days and Days'? The heavy rock riffs of 'Hello' that lift the tone of the album just as it's preparing to end? The sparse, old school bass lines of 'Rich As Fuck' kicking over the beat, bringing the tension and drama? Maybe. But maybe Lil' Wayne should move on from chuntering on about how he "leave(s) that pussy with bruises" and we'll be able to see past the tiring misogyny and catch a glimpse of the craft.