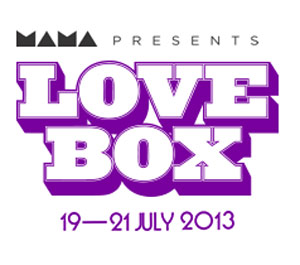 The incredible lineup for this year's edition of LoveBox just got even more exciting with the addition of the legendarily provocative queen of hip hop Lil Kim on Sunday, in what will be her only UK festival appearance in 2013.

From her beginnings with Junior M.A.F.I.A to chart smashing hits like "No Time", "Jump Off" and "Crush On You", to classic albums like "Hard Core", "The Notorious K.I.M" and "La Bella Mafia", Lil Kim has blazed a bold and unique path for herself in the rap landscape like no other, paving the way for current stars such as Azealia Banks, Nicki Minaj and countless others. Indeed, she is a true icon in every sense of the word, a brilliantly uncompromising artist as famed for her take no prisoners attitude as she is for her many chart successes through the years. Her live shows, too, have become must-see events, made even more thrilling by the fact that not only is Lovebox her UK festival exclusive this year, but it will also be the first time Lil Kim has played a show in London since 2001, on her "Notorious K.I.M" world tour.

One of the most hotly anticipated events in the summer festival calendar, Lovebox returns to its original weekend this year for three days in July. Celebrating the very best in music, fashion, art, food, style, drink, and much more, Lovebox looks set to deliver one of the most diverse and exciting lineups around this summer, bringing together a fantastically unique and eclectic range of absolutely top drawer talent.

A multi stage carnival of music, art, fashion and style set in 40 acres of London's most beautiful park