Rapper LIL' KIM suffered from a combination of a riding-up dress and see-through underwear, resulting in an unwelcome appearance in 'Hustler' magazine. 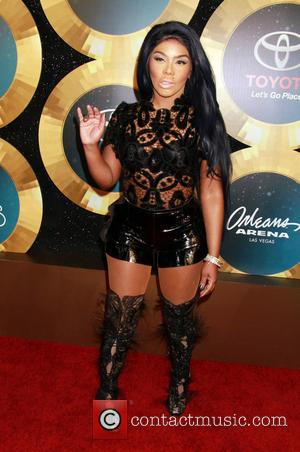 Rapper LIL' KIM will probably be shocked to discover less-than-flattering pictures of her in an upcoming issue of 'Hustler' magazine. The 'Ladies Night' singer's genitals have been sneakily photographed and are due to be shown-off in Larry Flynt's men's magazine.

Related: Lil' Kim vs. Nicki Minaj - Their Feud, And Why It Needs To Stop

The hip-hop bad girl has made a name for herself through her revealing outfits, although perhaps nothing to this extent. The magazine has printed photographs of the rapper (real name, Kimberly Jones) wearing see-through underwear at performance in February, 2004. While on-stage at the Canal Room in New York, Kim wore a mini orange dress which rode up during the performance, showing off her modesty.

Related: Lil Kim Gives Birth To Royalty, But Still Won't Say Who The Father Is

Lil' Kim is currently preparing for a court appearance after she left the scene of a shooting, as well as lying about her whereabouts at the time.