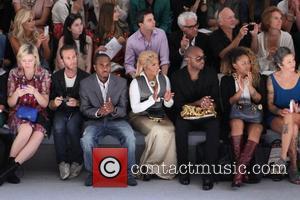 Raunchy rapper LIL' KIM is keeping herself busy after being indicted for perjury and obstruction of justice, by launching a new charity organisation.

The NO MATTER WHAT THEY SAY rapper stands accused of lying to a federal grand jury about her knowledge of a shootout in front of New York radio station HOT 97's offices in 2001.

She tells ALLHIPHOP.COM, "I am completely innocent of the charges I have been accused of, and am very confident that my codefendants and I will win this case in the courtroom. This case is a witch-hunt against the Hip-Hop industry."

And as the trial approaches, she has announced the formation of the LIL' KIM CARES organisation.

She adds, "We are encouraging fans to send letters with requests and charities which they would like me to visit.

"In coming months, I plan to be involved with a number of causes, including ones for homeless and battered women, group homes and runaway kids, all issues, which have affected me personally in past years. I am just getting started and won't allow this case to deter me or stop me."

Authorities claim the shootout was sparked by a rivalry between Lil' Kim and rapper Foxy Brown. Each of the star's pals clashed outside of the station, where Lil' Kim - who, along with Foxy Brown, was not present at the shootout - had just been interviewed. One man was left seriously wounded when he was shot in the back.