LIL' KIM's best friend Jennifer Dalton says she is the only person who will be with the star in the delivery room when she gives birth later this year. 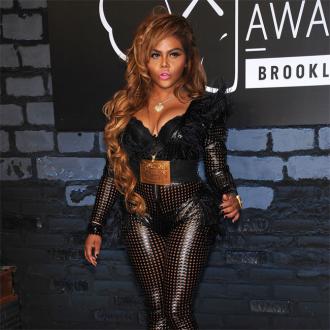 LIL' KIM's best friend will be with her when she gives birth.

The 39-year-old singer is around five months pregnant with her first child, and though rapper Mr. Papers has said he is the father of the baby, her pal Jennifer Dalton insists she is the only person who will be in the delivery room with her.

Jennifer said: ''She says she has like five midwives, and I'm one of the midwives. I'm going to be in there with her when she gives birth! She has a lot of good people around her, but there is only one person allowed in the room with her and that's me! I'll fight tooth and nail for that!

The 'Real Housewives of New Jersey' star has been by the side of the 'Lighters Up' singer throughout her pregnancy and says one of her most important jobs is making sure her friend can sleep well.

She told Us Weekly: ''I've been helping her with everything - anything that she needs I'm there. I go with her to the doctor's appointments, the ultrasounds.

''If she has cravings, we go get it for her - certain things that she just wants and needs, I'll help her go get it.

''I have to give her all these pillows. She tucks herself in between them... She has two behind her head, one by her chest, one between her legs, two on her back -- she's just cuddled in between pillows. All you see is little Lil' Kim in the fetal position with pillows everywhere. It's very cute!''