Ah, 'Solo projects'; the industry's shorthand cliché which performers use when they're desperately trying to escape their host organism - a term that, on many occasions, is the immediate precursor to 'Musical differences'. Lightships is just such a vehicle for Gerard Love, one part of the universally adored Teenage Fanclub and, naturally, you might assume that escaping some of their artistic constraints may have been one of the objectives upper most in his mind. However, on that basis, the conclusion drawn from listening to Electric Cables is that you'd be wrong. Dead wrong. 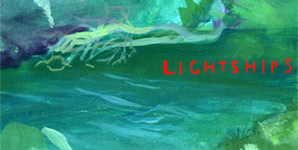 For those of you not aware of the Fannies' (It's OK, it's like what everyone calls them) unshakeable place in the hearts of many, it's easiest just to say that their conglomeration of sixties West Coast pop and C-86 style jangle has never really got tired, even when still being rendered on their last release, 2010's Shadows. With colleagues Norman Blake and Raymond McGinley already on sabbaticals (the former with Euros Childs in Jonny, the latter as part of Snowgoose), Love has now taken his chance and, being honest on this evidence, he'd have been rude not to. Put simply, Electric Cables is just bloody gorgeous.

Now we know what you're thinking. Rescued tigers are gorgeous. New born babies. Tulisa with some slap on. The word has become commoditised for sure and goddammit if it wasn't us writer types who were partially responsible, but this is one of those records that takes almost everything that's been great about the West of Scotland's high-brow indie for the last twenty years and delivers it in one demure, bloody... gorgeous package.

Recruiting Belle & Sebastian's Bob Kildea, The Pastels Tom Crossley and fellow Fannies Dave McGowan and Brendan O' Hare probably helped shape that direction. But the quietly delicate touches on songs like Silver And Gold and The Warmth of The Sun have become too rare even in their eruditely carved niche, the close harmonies, insouciant flute and post psychedelic guitar haze recalling a more naïve era.

Love may be a reticent performer live and Electric Cables, in the cloistered atmosphere created by repeat back-to-back listens (it's that kind of record), reveals his songs as suitably tender, atmospheric and, in places, genuinely affecting. Opener Two Lines makes this statement as pristinely as anything else, opening with a bell-like arpeggio and with the singer effectively sunning himself on a pebbly beach somewhere near you. As a reference point, it's the kind of thing that The Thrills were going for on Big Sur, except without all the clumsiness and pretension. Heart-warming? It's bloody gorgeous.

Anyone looking for pointers wouldn't have had to go much further than Into The City, one of Love's contributions to Shadows, a song which shares the same economic grace and a devotion to the ancient craft of writing something to be proud of. At its peak - on the crystalline Sweetness In Her Spark - the layers of woozy Hammond are almost disorientating, a sense of purity which the Fannies primary influence, The Byrds, managed to reach before ego clashes fatally undermined their creativity.

Electric Cables hallmarks then are all very much totems of the past. It's even guilty of having almost everything sound the same, a gloriously homogeneous package during which not only do you know exactly what's coming next, you also allow yourself a little anticipatory shiver. Unencumbered by aspirations of greatness, it feels like a family heirloom, one that you'll be showing off to your friends for years. 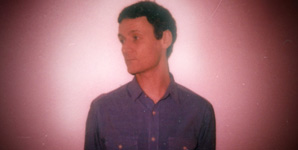 Lightships - Sweetness In Her Spark Video