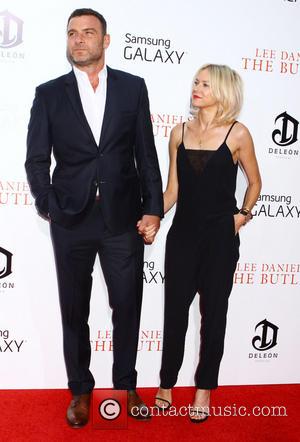 Liev Schreiber had no problems finding inspiration for his new father-hating character in hit Tv drama Ray Donovan because he has a love-hate relationship with his own dad, who kidnapped him from his mother when he was three.

The actor has opened up about his relationship with his beatnik father and eccentric mother in the latest issue of Rolling Stone magazine, revealing his odd upbringing prompted him to seek out a therapist 20 years ago.

And now he's analysing his relationship with his parents again as he portrays a gritty Hollywood fixer, who despises his convict father, played by Jon Voight, on Tv.

He says, "(My father's) kind of a pussy. This guy comes from a very wealthy family, and my mother raised me on welfare for 10 years.

"Any man who is not there wholeheartedly for his child is not so masculine to me."

He backtracked in a later email to the reporter, writing, "I love my father and have gone through dark periods in my life where I mistakenly focused anger on him."

The actor's mother, Heather, tells the publication that her ex-husband "never did much" to support his son after she won custody of the boy after his father took him to live with his family in Pennsylvania after their marriage broke down.

However, Schreiber insists his father has "always been desperate to be in my life" and helped finance his education.

But he still has mixed emotions about his parents and hazy memories of his childhood.

The actor tells Rolling Stone, "I don't want you to talk about s**t like this because I'm in therapy for it... I started to have these little anxiety attacks that I wasn't remembering things.

"We've been tracking this thing about the kidnapping, and he (therapist) said, 'That must have been terrifying for a little kid'. And I'm like, 'Well, I don't know. I don't remember anything!' But I must have been terrified. You would think that would make a kid grow up scared, but I actually grew up kind of fearless in a bad way, like I didn't sense danger. Something shut off in me."

But he's beginning to worry about his terrible memory and the fact he hasn't dreamed for years.

Schreiber believes his issues are linked to a psychological coping mechanism - but they lead to blackouts when he's on talk shows and moments when he can't actually do anything.

He tells Rolling Stone, "It happens to me a lot, and I'm starting to worry. I just can't think. I can't remember anything. I can't formulate sentences.

"It happened to me on television the other night... I was looking at the monitor and I was thinking, 'Oh, this is funny, I'm enjoying this right now. Where am I?'"