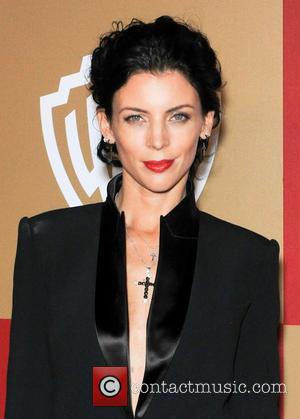 This Friday (Jan 25), it was reported that Liberty Ross had finally cut the cord and handed her cheating husband his marching orders by filing for divorce, ending months of speculation over whether the two would stick together.

The two parents, of daughter Skyla and son Tennyson, sought professional guidance during the months after Sanders' infidelity, but it was to no avail and now the pair have decided enough is enough. That said, as TMZ have reported, the ensuing divorce proceedings don't look as though they'll be as straight forward as the pair would want, with their children, aged 5 and 7, being the main snagging issue between the pair.

So, does this spell the end to the Kristen Stewart affair fallout? Well, no, not really. Whilst Sanders's contribution to the affair looks to be getting resolved at last, the once so popular K-Stew and R-Patz couple looks to be on it's last legs as recent reports that the two are on a trial separation, while Rob films in Australia . Whilst some are saying the current situation is just a result of Rob's filming commitments and in no way related to a rocky patch in their relationship, others are much more skeptical - and who can blame the naysayers. Either way, it looks like the whole cheating saga may be over sooner rather than later and maybe Rupert and Kristen will have each other at the end of it all.