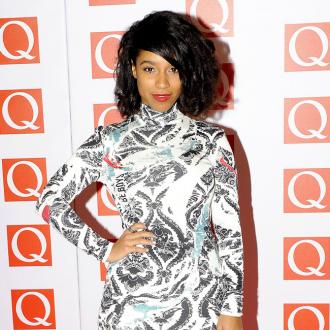 Lianne La Havas' voice has got better since she stopped smoking.

The 23-year-old singer - who is nominated for the Mercury Music Prize, which will be awarded tonight (01.11.12) - suffered a recent health scare when she got a kidney infection, forcing her to cancel shows, and has since cut out cigarettes and alcohol to benefit her vocals.

She said: ''I did originally say I'd have a drink if I won the prize, but I don't really mind now. I'm going to have a good time anyway.

''I feared for my life when I got sick as I haven't been in hospital since I was a child. But I've never felt better than when I came out of hospital and my lifestyle has changed now.

''My voice is much stronger as I've quit smoking as well.''

The London-born star is also looking forward to meeting some her fellow nominees at the event at the Roundhouse in Camden.

She told the Daily Star newspaper: ''I'd love to sit near Alt-J because I've never seen any of them in real life, so I want to see what they look like. I imagine they're really gorgeous and cool-looking.

''It would be nice to sit near Michael Kiwanuka, too, because I know him and he makes me laugh.''