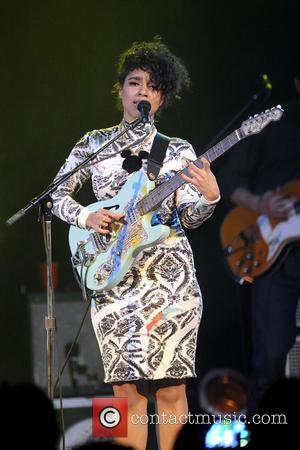 The Lost & Found star adopted a more healthy lifestyle after excessive partying caused her to fall seriously ill with a kidney infection last October (12), and she has been trying to keep up with her bandmates as they stick to the Insanity Workout programme, which incorporates strength, power, resistance and core training moves with short breaks in between, and is said to help users burn up to 1,000 calories in each hour-long session.

La Havas admits she isn't as devoted to the tough exercises as her fellow musicians, but the group activity has been a fun way to sweat it all out.

She tells Wenn, "I've started exercising, me and my band have gotten really into daily exercises, which is great... We've been doing this Insanity Workout. It's not my favourite way of keeping fit, but I do join them just to sweat a little bit and there's some good stretches and stuff in there. I'll do whatever I feel comfortable with."

The singer, who is currently on a North American tour, has also made it a priority to keep herself well hydrated and catch up on her beauty sleep whenever possible to avoid burning out while on the road.

She says, "You just have to drink loads of water, that's quite important, that's one of the reasons I was taken ill; I wasn't hydrating often enough.