Liam Payne is keen to pen tracks for other artists and has his sights set on teaming up with Neon Jungle in the future to put his song-writing skills to the test. 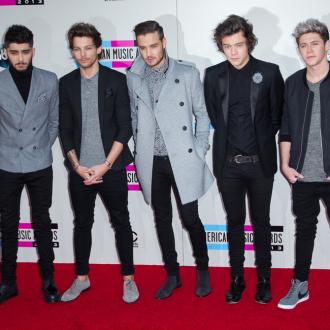 Liam Payne has offered to write tracks for Neon Jungle.

The One Direction hunk is keen to pen songs for other acts and told the British four-piece last month that he'd like to work with them in the future because he likes their style.

The group's singer and rapper Amira McCarthy told the Daily Mirror newspaper: ''We met Liam at the Brits afterparty.

''He told us he wanted to write for us and likes our sound, which was amazing.

''We couldn't believe it, so that's definitely something for the future.''

Meanwhile, the 20-year-old singer and his bandmate Louis Tomlinson teamed up with Good Charlotte's Joel and Benji Madden in the United States earlier this month to work on material, which is expected to feature on One Direction's upcoming fourth album.

Although Liam and Louis' bandmates - Harry Styles, Niall Horan and Zayn Malik - weren't involved in the collaboration, Harry, 20, has also been working on some new music with Irish rock band Kodaline.

Niall has also been spending some time with McFly - consisting of Danny Jones, Tom Fletcher, Dougie Poynter and Harry Judd - recently and was busy writing a song with them earlier this week.

However, this isn't the first time Niall, 20, has teamed up with McFly as they also collaborated last year for several tracks, which featured on One Direction's 'Midnight Memories' album.