Liam Payne has teased One Direction are working on something special to mark their 10-year anniversary in July. 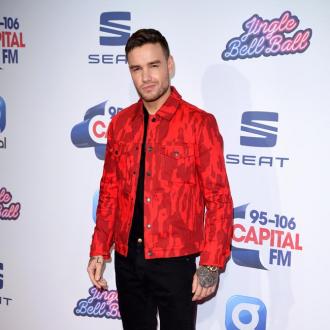 Liam Payne has teased One Direction are working on something special to mark their 10-year anniversary in July.

The 'Bedroom Floor' hitmaker has confirmed that the boy band - which includes Liam, Harry Styles, Niall Horan and Louis Tomlinson - are in talks to mark a decade of the band's existence later this year but remained tight lipped about the specifics.

He said: ''We've got a ten-year anniversary coming up so we've all been speaking together a lot over the last few weeks which has been really nice. To hear a lot of people's voices and seeing old content and different things that we haven't seen for a long time or never seen before, it's very interesting. At the moment I'm not sure what I'm allowed to say. There's a number of different things that we are all working on to try and make happen and people are forwarding emails around. But more than anything it's just been a real good time for us to connect together again.''The 26-year-old singer still finds the band's meteorological rise to fame as ''insane''.

Speaking to The Sun newspaper's Bizarre column: ''It's insane, it really is. I still can't believe, I still feel like I don't know what the hell I'm doing. It's amazing and everyone's had such great success. It's been great hearing a lot of Harry's stuff at the moment. 'Adore You', I see it in the charts all the time. I think he's really found his sound at the moment which is a joy to watch.''

The 'What Makes You Beautiful' hitmakers have been teasing a reunion for a number of years, with Liam previously saying that if the band decide to reunite in the future, it would be likely they'd all perform one another's solo songs.

He said: ''For me the only way One Direction could better themselves from going to playing stadiums - like where else do you play? - is to manage to be, you know, like 'The Avengers', like we're successful on our own. Like if Iron Man wants to go and deal with someone, he just deals with them. He doesn't call up Hulk and be like 'oh, whatever' unless he really needs him. So my thing is, why aren't we like that? Like, we should go and boss it on our own and then when we do the show it can be like 'yeah, yeah, just sit down there boys, I'll sing a bit of 'Slow Hands'', you know what I mean? Imagine that?''

Liam Payne: Live in the moment