Liam Payne smoked 'a bunch of cigarettes' before studio session 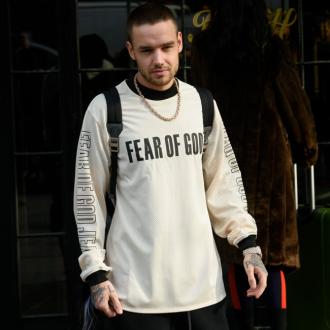 Liam Payne smoked ''a bunch of cigarettes'' before recording 'Bedroom Floor', according to Charlie Puth.

The 24-year-old Brit joined forces with Charlie to record the track and the American singer-songwriter has now revealed the circumstances surrounding 'Bedroom Floor', which Charlie helped to write.

Charlie recalled: ''That was the most fun I had ever had, writing that record. It was with Little Aaron [Aaron Jennings], Noell [Zancanella], J Kash [Jacob Kashner] and Ammar Malik - really, really talented writers. And we were all at Conway, which is a really nice recording studio. And we were all just messing around; nothing was really coming when we were writing.

''I just pictured what a leprechaun would sing, because I think there were Lucky Charms in the room or I had had them for breakfast. Like, what would a leprechaun melody be? [Sings 'Bedroom Floor' hook.] And Noel, who works with Ryan Tedder and OneRepublic, had this cool sound like 'boom boom boom' and I was thinking, 'Oh, it could be like a dance record or something like that.'

''And out of nowhere, that melody, that joke melody I had, fit perfectly on to one of the dancey chords.''

Charlie then revealed how Liam became involved with the track.

He told Billboard: ''I think some time went by, like six months, and I played it for Liam when he was in the studio. And fun fact, he has no air conditioning in the studio.

''He keeps it at about 80 degrees. He drinks warm milk, I think smokes a bunch of cigarettes, and sings the song perfectly. I don't really understand how that's possible.