Liam Payne Ditches The Turkey In Favour Of Christmas Curry 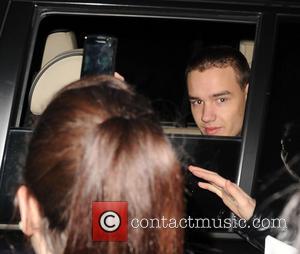 One Direction's Liam Payne said "to hell with tradition" and ditched the customary christmas turkey this year, going out for a Christmas curry with his family instead. Don't worry about the multi-millionaire's wallet though, because he had his parents pay for the meal (it is Christmas after all).

The 19-year-old boyband star went out, for the second year in a row apparently, to the local tandoori restaurant with his parents Geoff and Karen and sisters Nicola and Ruth in his native Wolverhampton to chow down on shish kebabs, naan bread and chicken tikka bhuna, rather than pigs in blankets, stuffing and roast vegetables. We're not entirely sure which meal option we would opt for ourselves, come to think of it.

Speaking to The Mirror, the restaurant's manager Jay Uddin said Liam always sticks to his favourite curry, and is something of a regular at the Penn Tandoori. He said, “He (Liam) pre-booked about two weeks in advance for the dinner and they came last Christmas as well, so it’s become a bit of a tradition with them now. Liam’s a regular and he used to visit the restaurant lots with his parents before he became famous. He loves his chicken tikka bhuna."

The boys may be some of the biggest names on the planet, but they are still boys nonetheless and Liam and his bandmate Harry Styles proved this when they were spotted hitting up the Southport Premier Bowl and Laser Zone for some post-Christmas, laser-based fun. The rest of the boys couldn't make it because they were still playing with the toys they got for Christmas.