Liam Payne and Louis Tomlinson team up with Keane's Tim Rice-oxley to write a song while the band admit their songs will carry a new identity. . 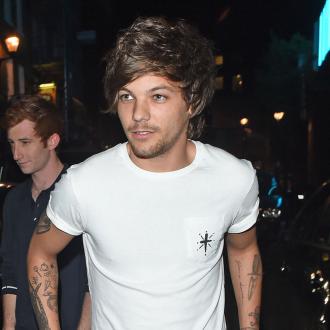 Liam Payne and Louis Tomlinson have teamed up with Keane's Tim Rice-oxley to write a track.

The two One Direction members and the 'Somewhere Only We Know' hitmaker have penned the song 'Adeline' which has been registered under their names.

According to The Sun newspaper, a source said: ''Liam, Louis and Tim met up for a secret writing session last year.''

However, Liam and Louis are not planning on singing it themselves and are instead hoping to give it to a new artist.

The source continued: ''The song won't be used by One Direction but there's a good chance Louis could give it to one of the artists signed to his new record label.''

Tim, 39, already has an impressive CV with previous collaborations with Kylie Minogue and Gary Barlow under his belt.

Speaking about the band's world tour, 21-year-old Harry teased a ''new identity'' for the group.

He told Entertainment Weekly: ''We're currently recording and writing our next album, so we'll be working on that. The songs are coming together quickly, so we're buzzing with the new stuff.

''It carries a slightly new identity, but I think it's an obvious change from ('Four') in a positive way. We've branched out and worked with different writers, and we've got some great songs!''