Liam Neeson is the man you want to have your back when your heart’s broken.

In three movies spanning a nine year period, Liam Neeson has played Maggie Grace’s on-screen dad in the Taken series. But when the cameras stop rolling it seems Neeson is just as protective of his young co-star. Appearing on TBS’s ‘Conan’ on Thursday night Grace revealed how Neeson once helped her get over a bad break up, with a hilarious prank call. 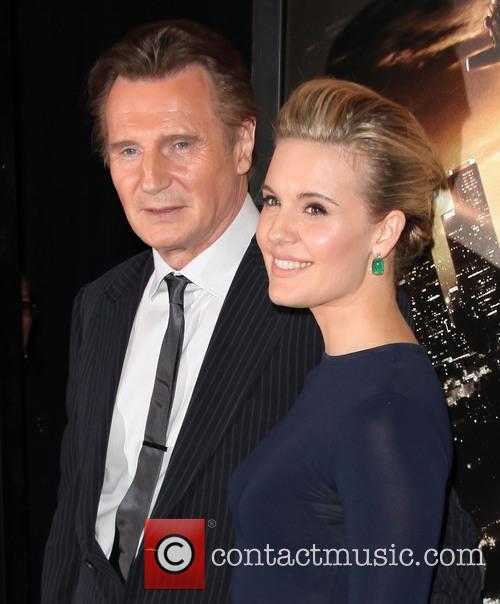 Grace told Conan that when a break up left her feeling “kind of a hot mess”, her on-screen dad took matters in to his own hands saying he needed to “set this kid straight”. What then followed was a unforgettable prank call with Neeson in character as Taken tough guy Brian Mills.

More: Liam Neeson Claims 'Taken 3' To Be The End Of The Story

“This is Brian Mills,” began the call, which Grace also recorded. “We’ve never met, and if you play your cards right, we never will.” “Now listen (bleeped out expletive),” he continued.

“You’re lower than the pond scum so I’m just going to say this once. You’ve made two mistakes: Your first mistake was dating out of your league. Your second mistake, well, let’s just say any more mistakes and I’ll break your other arm – slowly.

“I don’t need to say it, but I have a particular set of skills and I don’t want to waste them on you. Now you get your s--t together,” he finished.

Grace described her co-star as “the best fake movie dad any girl could ask for” and we've got to agree. Plus, it seems safe to assume that Grace's ex probably didn't bother her anymore after getting a phone call from Brian Mills.