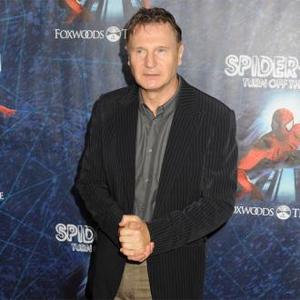 Liam Neeson felt like he was on a ''heroin bender'' following his motorcycle crash in 2000.

The 'Taken' actor almost died in the accident and Liam says the amount of morphine he was pumped with following surgery made him feel fantastic.

He joked to the Sunday Independent's Life magazine: ''[I was lying in hospital] thinking 'Give me more of this opium, this morphine.' Every six minutes I was like that.

''I was just watching this drip thing and thinking, 'When can I do this again?' It's potent stuff.

Asked how he came off it, Liam answered: ''Slowly, but it was a lot of DRUGS.''

Despite nearly dying in the crash when a deer ran out in front of his motorbike in upstate New York, Liam is able to joke about it and refers to himself as ''Herman Munster'', after the fictional monster who is fitted with a number of bolts.

He explained: ''I'm like Herman Munster. I've got bolts and pins in my pelvis and my knees.