Liam Neeson is ''incredibly protective'' of Maggie Grace and once called one of ex-boyfriends to confront him about hurting her feelings. 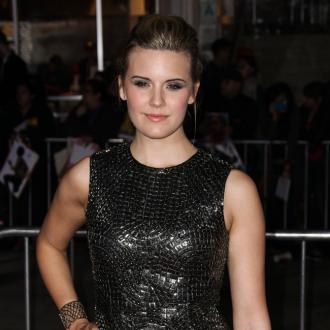 The 'Taken 3' actress, who previously dated Ian Somerholder and entrepreneur Blake Mycoskie, admits her 62-year-old co-star once called one of ex-boyfriends to confront him about hurting her feelings.

She said: ''There was this boy who had really hurt my feelings and was kind of being a hot mess, and Liam was just like, 'Let's set this kid straight.'

Her former beau had ''not much'' to say after Liam told him to stop messing with her emotions.

After being shown a clip of Liam's infamous speech in the first 'Taken' thriller, in which he threatens to hunt down and kill his daughter's kidnappers, Maggie jokingly added: ''You would think this [clip] kept me shocking single all of the time.

''My man now is just so good to me because look at what hangs in the balance. You know at any point [I could call Liam]. I should call Liam when I get parking tickets, anything... I should be like, 'Liam, could you...' ''

Asked what it's like to work with the Northern Irish star, the 31-year-old actress told the 'Today' show: ''He's just incredibly protective and lovely, and has a really weird sense of humour.''