On the eve of the release of 'A Walk Among Tombstones', Liam Neeson has spoken about working with U2's Bono on a new movie.

Liam Neeson has revealed that he and Irish musician Bono have been working on a movie idea for six years. The actor and U2 singer who have been friends for many year are developing a story inspired by the Irish show-band phenomenon of the Seventies. Liam Neeson in 'A Walk Among Tombstones'

"We chat, or with him [Bono] a lot of the time I just listen," Neeson told the Independent ahead of the release of his new movie A Walk Among Tombstones, "He's a wonderful man. He's got an idea for a script which we've been working on for the past six years."

More: 'A Walk Among Tombstones' is classic Neeson fare

Elsewhere in a hugely revealing and in-depth interview, Neeson spoke about the tragic death of his wife Natasha Richardson, admitting to drinking heavily afterwards before seeking help.

"I went to quite a few AA meetings in LA and New York," he recalled, "I went to some big meetings, where there were about 300 people, and some with just five or six people, witnessing these incredibly heroic acts where people get up and tell a horrendous story about their relationship with drugs or alcohol, and people in the room understand it." Liam Neeson is working on a movie with Bono

In his latest movie, Tombstones, Neeson plays private eye Matt Scudder with the story playing out against the backdrop of Alcoholics Anonymous meetings. Reviews have been strong and we analysed the actor's seamless and successful foray into thrillers yesterday.

"Notable for its dark atmospherics and strong performance by Liam Neeson in the latest example of his unlikely late career transformation into an action hero," said Frank Scheck of the Hollywood Reporter.

A Walk Among Tombstones hits theaters in the US and UK on Friday (September 19, 2014).

Watch the 'Walk Among the Tombstones' trailer: 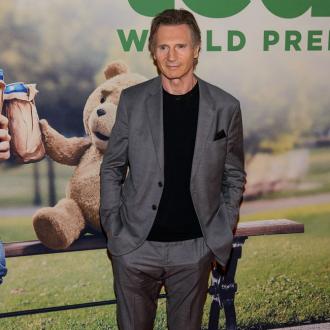