Tyler Posey had his first kiss with Miley Cyrus when he was just nine years old and says she was very confident and self-assured even as a child. 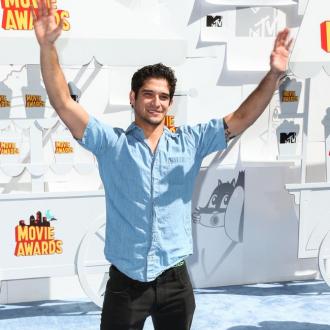 Tyler Posey had his first kiss with Miley Cyrus when he was just nine years old.

The 23-year-old actor became close friends with the 'Wrecking Ball' hitmaker when he was working on 'Doc' with her father Billy Ray Cyrus and despite their tender years, their relationship grew romantic.

Tyler said: ''I was basically the only kid on set. She would come on set every now and then and we became really good friends.

''We were both goofy and she was really loud, sweet, and funny -- just a really cool kid.''

The two spent two years as ''boyfriend and girlfriend'', during which time they shared their first kiss.

He added: ''We were so damn young... I would get excited when we would hold hands.''

And despite how young they were back then, the 'Teen Wolf' actor was stunned by Miley's confidence.

Speaking of the 'Party in the USA' hitmaker, who is now 22, he told 'Entertainment Tonight': ''She was herself at seven years old. She knew who she was. I never met anyone like that at my age.''

Following their childhood romance, Tyler was in a relationship with Seana Gorlick for 12 years until October 2014, while Miley was engaged to Liam Hemsworth and also dated Patrick Schwarzenegger and Nick Jonas.