Liam Hemsworth has been announced as the face of Diesel's new Only the Brave fragrance for men. 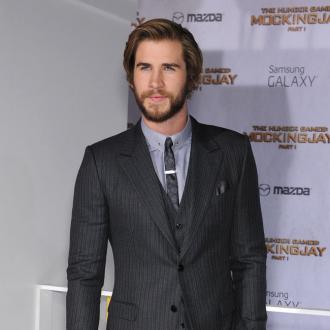 Liam Hemsworth is to front the advertising campaign for Diesel's new Only the Brave scent for men.

The 'Hunger Games: Catching Fire' star has signed a deal to be the face of the fragrance in the print and TV campaign and it is the first time Diesel has chosen a celebrity to be the star of their adverts.

According to the label ''the brave one is characterised by his strength, his determination and most of all his ability to live life bravely on his own terms'' and the fashion company insists the hunky actor embodies the message of the product.

Andrea Rosso, Diesel's creative director, said: ''I think that Liam embodies these qualities, I am happy to have him representing Only the Brave.''

Liam, 25, has previously starred in an advertising campaign for British clothing brand Bench and is said to be looking to increase his commercial deals in the future.

The Diesel Only the Brave campaign will debut later this year.

Liam - the brother of actors Chris Hemsworth and Luke Hemsworth - can next be seen on the big screen in Western movie 'By Way of Helena' and 'The Hunger Games: Mockingjay - Part 2', the conclusion of the fantasy movie series.