Liam Hemsworth stabbed himself in the hand while doing a daring hand trick in an attempt to impress onlookers during the 'Hunger Games: Catching Fire' press tour. 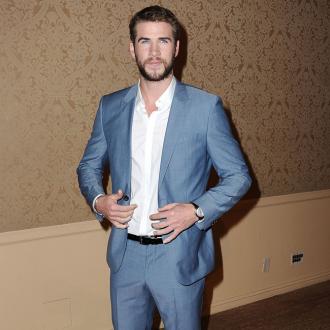 Liam Hemsworth stabbed himself while trying to impress onlookers.

The 23-year-old actor was promoting his new movie 'The Hunger Games: Catching Fire' when he accidentally struck himself in the finger and damaged a $10,000 table while playing a game of Five Finger Fillet - a daring hand trick where the player places their palm down, spreads their fingers and attempts to stab in between the spaces with a sharp object.

Speaking on talk show 'Late Night with Jimmy Fallon' last night (21.11.13), he said: ''It was the first stop we did on 'The Hunger Games' press tour and I wanted to impress everyone and I'd had a couple of drinks. I missed a little bit on the little pinky - see the black dot? Apparently it was a $10,000 table as well that I ruined.''

Liam was confident he wouldn't make a mistake as he admits he used to practice the hand game regularly when he was bored at school.

He added: ''I used to do it a lot in science class when I was in high school - I didn't love science class. So I'd sit there in this class and use my pen to do this. You start with a pen and work your way up to a knife.''