Because life is cooler in cartoon apparently.

Everyone loves a perfectly shot selfie, but Liam Hemsworth took a romantic snap of himself and Miley Cyrus to the next level by transforming it into a wonderfully colourful piece of artwork. They aren't the most affectionate of couples in public, but the actor couldn't resist this picture. 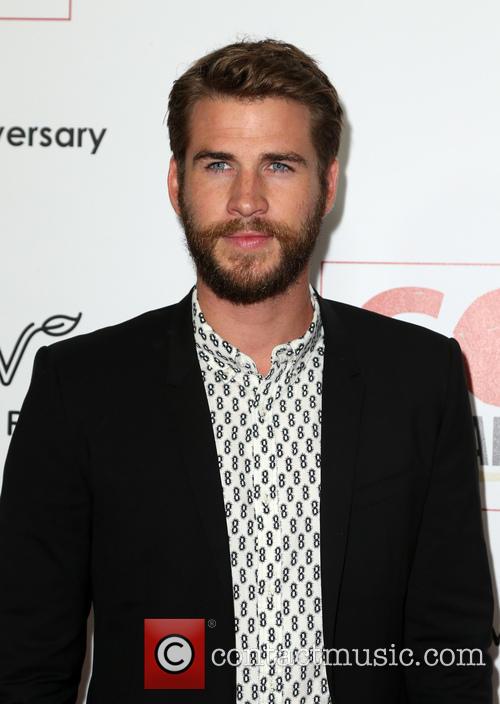 The 27-year-old 'Hunger Games' star posted a picture on Instagram of himself in sunglasses while fiancee Miley planeted a kiss on his cheek, but it wasn't an ordinary selfie. Using some filter or other, he turned it into a beautifully artsy image with the caption: 'Life is way cooler in cartoon.'

It was his first Instagram post of him and Miley since July, when he dropped a black and white shot and called her 'My little angel'. Miley is even less forthcoming when it comes to couples shots, but did re-Tweet Liam's July shot with the rather unimpressed message: 'Why. This. Picture.' Then there was also her throwback picture for International Kissing Day showing their 'first smooch 8 years ago'.

It's not that the couple are shy about talking about their love life; just recently Miley made an appearance on 'The Ellen DeGeneres Show' where they ended up doing a 70s vintage Cosmo quiz. 'Your sex life with your lover can be-', Ellen began, before Miley cut her off: 'My grandma's in the audience!'

She still played along though answering the raciest question of the lot. 'Your sex life with your lover can best be compared to... a) a rollercoaster ride, b) a luxury cruise, or c) a commuter trip on a concorde jet', said Ellen. Needless to say, Miley wasted no time in going for 'C', even after Ellen confusedly explained 'that means it's fast'.

More: It was previously reported that Miley Cyrus and Liam Hemsworth were fighting over a prenup

Miley and Liam have been engaged for nearly a year now, after rekindling their relationship in March 2016.