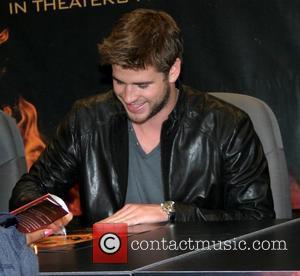 When Avengers Assemble finally opens at the box office on May 4, 2012, there'll be more than the usual film industry one-upmanship at stake. There'll be some serious kudos on offer in the sibling rivalry war between Liam Hemsworth and Chris Hemsworth, when their two movies go head-to-head at the box office.
Liam Hemsworth, 22, is currently starring in the phenomenally popular movie The Hunger Games, alongside Jennifer Lawrence and Josh Hutcherson. The movie has dominated the box office since it was released a few weeks ago. With the release of Avengers Assemble in a few weeks, though, the younger of the Hemsworth brothers might find that his reign at the top of the movie charts soon comes to an end. Chris Hemsworth, 28, stars as Thor in the ambitious Avengers movie from Marvel. The film gathers together the Avengers heroes in the forthcoming blockbuster, which stars Robert Downey Jr. as Iron Man, as well as Mark Ruffalo as The Hulk and Chris Evans as Captain America. At a news conference in Los Angeles on Thursday (April 12, 2012), Usa Today reports that Robert Downey Jr. joked with Chris about his sibling rivalry, saying "Don't you feel that Liam is trying to take over your box office universe? Doesn't he need to be corrected in some way?"
"There's a special race at the box office," Chris laughed, but the rivalry must be a good-natured one, as Liam arrived at the hotel where the conference was held, to visit his big brother and show his support for the new movie.