Liam Hemsworth For The Host?

Liam Hemsworth is among a group of young actors being considered for one of the two male lead roles in 'The Host'. 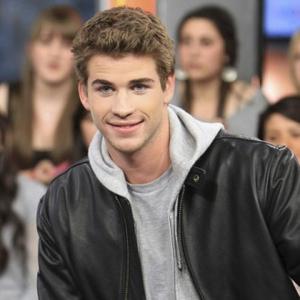 Liam Hemsworth is being considered for one of the main roles in 'The Host'.

The 'Hunger Games' star is one of a handful of actors who have been called in to screen test for the part of Jared, the love interest of the human Melanie whose body is inhabited by an alien Soul named Wanderer in the sci-fi romance.

He will compete with 'Games of Thrones' star Kit Harrington, 'Red Riding Hood's Max Irons and Jai Courtney from 'One Shot' for the part opposite Saoirse Ronan in the dual role of Melanie/ Wanderer.

Meanwhile, Dane DeHaan from 'True Blood', 'Prom's Thomas McDonnell, Augustus Prew who starred in 'Charlie St. Cloud' alongside Zac Efron and Jake Abel, Saoirse's co-star in Peter Jackson's 'The Lovely Bones' have been linked to the role of Ian, a human who falls in love with Wanderer while she is in Melanie's body.

'The Host' - written by the 'Twilight Saga's Stephenie Meyer - features humans fighting against extraterrestrials called Souls who invade bodies and wipe their victims' consciousness to erase their personalities.

The film is being adapted and directed by 'In Time's Andrew Niccol and is set to begin shooting next year for a March 2013 release.