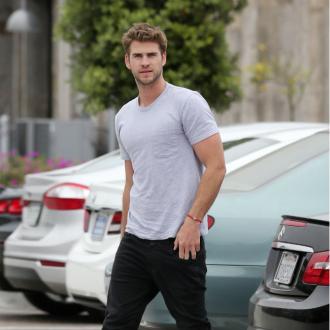 The 25-year-old actor, who plays the Oscar winner's love interest in the new movie 'The Dressmaker,' didn't ''feel uncomfortable'' while shooting their intimate encounters but things changed when the cameras stopped rolling.

He explained: ''It's always pretty awkward when you have to take off your pants in front of crew and other actors and all that stuff.

''During the scene, it's fine. You don't feel uncomfortable whilst the cameras are rolling. As soon as it's cut and then you're standing around in your underwear and you're chatting to the crew, and there's guys working and doing stuff, that's when it's weird and uncomfortable.''

The Australian heartthrob also joked he flexed his ab muscles as hard as he could to ensure he body looked as toned as possible on the big screen.

Meanwhile, Liam admits he was initially ''sort of worried'' he was too young to play 39-year-old Kate's lover in the film.

He told Salon.com: ''I felt like I was possibly too young to play this part because in this film we're seen as the same age, around the same age... But onscreen -- Kate is such a beautiful woman and I have a beard in the film so I look quite a bit older, so I don't think it's an issue at all... She looks really young and I look weathered and old.''