Liam Hemsworth: Fame is a 'rollercoaster'

Liam Hemsworth admits fame can be a ''rollercoaster'' but insists his day-to-day life is ''generally pretty calm''. 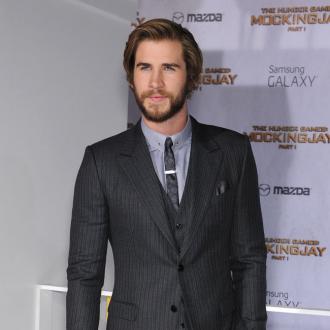 The 'Hunger Games' star admits he sometimes struggles with how ''chaotic'' his life can get but insists most of the time things are ''pretty calm''.

He said: ''The fame is a normal part of my job. It's really nice to see how happy it makes people when they meet me. The only time things get really chaotic is when we head off on a press tour for a film. Then it really feels like an adrenaline-fuelled rollercoaster. There's just so much going on at once!

''But that's not my day-to-day life. It's not like there are screaming fans waiting at every corner! My everyday life is generally pretty calm.''

And the 25-year-old actor prefers hanging out with his older brothers, Chris, 32, and Luke, 33, in their native Australia as he can escape the paparazzi but admits his life is ''nowhere near as free and easy'' as it was before.

He told Germany's Bravo magazine: ''I don't really need any new people in my life ... Just the other day I hit my head on a rock when I was surfing. The difference is that in Australia, no one cares.

''In LA, hundreds of people, including reporters, gather to capture that moment. My life is nowhere near as free and easy as it used to be.''