Liam Hemsworth Considers One Of Bon Iver's Songs A Curse 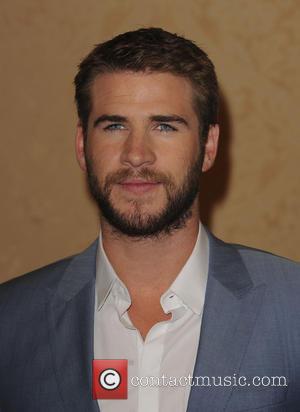 Actor Liam Hemsworth refuses to listen to one particular Bon Iver song after hearing the track playing on the stereo when he was involved in two separate car accidents.

The Hunger Games star reveals he had been listening to the folk band while driving in Philadelphia, Pennsylvania, where he was shooting his new thriller Paranoia, when his car was struck by a fire engine.

He tells U.S. talk show host Conan O'Brien, "It was after work; it was about 11.30 at night, I was driving down the streets of Philadelphia and they have a lot of one-way streets there, which are completely blind, you can't see around them. I was driving along, listening to music. I wasn't drunk, I was completely sober, just so everyone knows. I'm quite a good driver...

"I'm going through a green light and I'm half-way through the green light and out of the corner of my eye I see a fire truck slamming on the brakes and (it) smashes right into the door behind me and sort of whipped me around. I pulled over, I was fine, I wasn't hurt or anything, and the person got out and said, 'Are you Ok?' and I said, 'Yes, fine' and I said, 'Are you guys Ok?' and they said, 'Yes, fine.'"

As he returned to his car, Hemsworth heard the song Blindsided by Bon Iver playing over the speakers - the same track that served as the score for another traffic mishap in Los Angeles.

He says, "The weirdest part of the story is... I got back into my car and I was listening to a song by Bon Iver and the song was called Blindsided and I've listened to that song since then. I've played it one other time when I was driving in L.A. and I put the song on, and this is not a joke, I almost got hit by another car changing lanes as soon as I put this song on. I love the guy (frontman Justin Vernon), I love his music, but that song is just a curse for me."