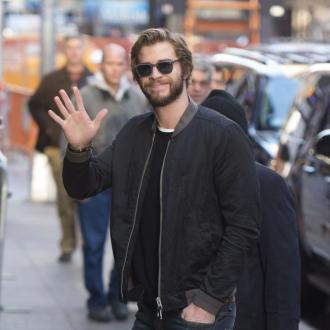 Liam Hemsworth became angry when he mistakenly thought a reporter called him Chris.

The 25-year-old actor - whose older brother Chris, 31, stars as Thor in the Marvel series - became visibly annoyed with a reporter after thinking he mistook him for his sibling.

As Liam walked along the red carpet at Comic-Con in San Diego, the reporter said: ''Hi I'm Chris, it's nice to meet you.''

However, the reporter was quick to defend himself, saying: ''Oh no, I said I'm Chris.''

At which point Liam backed down and said: ''Oh, you're Chris. Phew.

Meanwhile, Liam has recently been linked to his 'Independence Day: Resurgence' co-star Maika Monroe, who he was seen being very affectionate with at a party in Los Angeles.

A source said: ''His hand was on her butt as she was grinding into him and they were making out at the bar. Liam was draped all over her. It was so PDA and in-your-face!''

Despite this, another source said their romance isn't serious yet.

The insider revealed: ''They're not official. But their chemistry is ridiculous!''