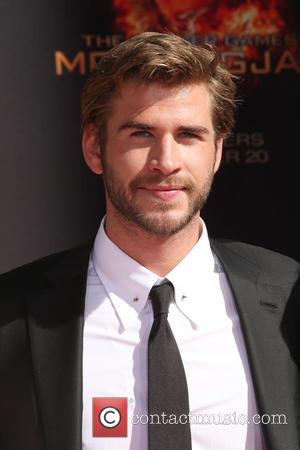 The Australian-born hunk has formed a close friendship with his The Hunger Games co-star, so was saddened when intimate images of the actress found their way onto the Internet last year (14).

He can't imagine how awful Jennifer must have felt when the photographs surfaced, insisting she is too nice a person to deserve such public humiliation.

"I just don't understand how someone can do that to another human being. It's the hugest invasion of privacy you can think of," Liam said in an interview with Men's Health magazine. "She's such a good person - such a good-hearted person - and for her to be put through that was unfair. It made me upset for her. And it made me angry. Really angry."

Liam went on to praise Jennifer and their fellow co-star Josh Hutcherson during the interview.

He is thrilled to have spent so much time working with people he is great friends with, as the trio prepares for the release of the last installment of the series The Hunger Games: Mockingjay Part 2.

Liam also spoke about his childhood in Melbourne, Australia, where he grew up as the youngest of three boys.

His elder brothers Chris and Luke also went on to work as actors, and 25-year-old Liam says there has always been a healthy rivalry between the siblings.

"I was the youngest, so I was never really anywhere near their physicality," he explained. "If they wanted to beat me up, they would. But I idolised them.

"As a kid, I followed them into anything and wanted to do whatever they were doing. And it was always competitive."

Liam recently revealed he is following a vegan diet and looks in fine form for the accompanying Men's Health December issue photoshoot, proudly showing off his rippling biceps.

Although he usually watches what he eats, the heartthrob still can't resist tucking into a cheese-laden Italian feast when he isn't working.

"I tend to go from one extreme to the other, to be honest," he confessed. "Leading up to a movie I'm usually pretty healthy. But then the few weeks after the shoot I'm mostly eating pizza and French fries and playing Xbox."