Elsa Pataky says her husband Chris Hemsworth and his brothers Luke and Liam ''take care of'' women, despite their ''tough and manly'' images. 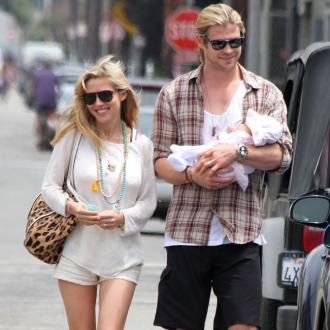 Chris and Liam Hemsworth ''know how to take care of women''.

While the brothers are renowned for their action roles on screen, Chris' wife Elsa Pataky insists they are big softies and a credit to the way they were raised.

She said: ''Chris, Liam and their brother Luke are tough and manly but they really know how to take care of women. Their mom did a great job with them.''

Elsa - who has 10-month-old daughter India Rose with Chris - also revealed her favourite compliment from her hunky husband is when he compliments her smile.

She told People magazine: ''He says I'm always smiling. That's what he likes the most.''

'The Avengers' actor Chris recently joked he was like a ''daughter'' to his mother because he was so sensitive when he was younger.

He said: ''My mum would probably say, 'Chris was always the daughter out of my three boys'. I was just far better at talking to my mum about things, while my brothers kept stuff to themselves.''