Chris and Liam Hemsworth are 'competitive'

Chris Hemsworth admits he is incredibly competitive with his brothers Liam and Luke Hemsworth and their sibling rivalry even stretches to who is the best driver. 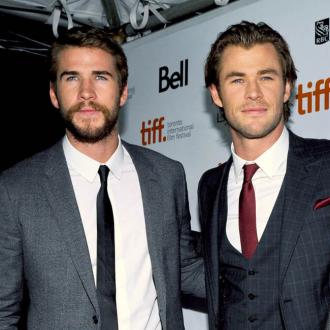 The 'Thor: The Dark World' actor draws inspiration from his own family when it comes to portraying the sibling rivalry between his character and Loki - portrayed by Tom Hiddleston - in the superhero movies, and admits he often bickers with brothers Liam and Luke.

He said: ''We're competitive as siblings are, in everything from sport - backyard cricket and football - to who's in control of the remote watching TV ... You understand what it's like to have to that love/hate sort of thing where you'd do anything for them, but the simplest thing can annoy you.''

Speaking at a press conference for the new comic book film in London on Sunday (20.10.13), Chris' co-star Tom added: ''I've actually been on a road trip with Chris and Liam, and it's very similar to arguments between Thor and Loki.''

Chris, 30, conceded that he and 'The Hunger Games' star Liam, 23, find it difficult to share a car.

It appears eldest brother Luke, 32, is the cooler head among the trio.

Tom said: ''If you spend time with Luke, he just knocks both their heads together and goes, 'Shut up, boys!' ''

Chris responded: ''He's the older brother and runs the show.''

However, the brothers Hemsworth are far more supportive of one another when it comes to their respective acting careers and help each other with auditions.

Chris explained: ''All of us understand the frailty and inconsistency of the work, so we help each other with auditions, and always have, and whatever scripts we're working on. It's more of a team effort with this than anything else.''