2017 has seen Liam Gallagher rocket back to prominence, scoring a chart-topping album with his debut solo effort As You Were, triumphantly touring the UK, as well as entertaining the nation by calling his brother a potato on Twitter.

Liam is topping the charts once again

1. He owns a clothing range

Inspired by his love for the ‘mod’ style and named after a song by The Jam, Liam launched the Pretty Green clothing range in 2006. Today, it has nearly 300 outlets across the United Kingdom and has been a roaring success.

Liam took part in a celebrity edition of the insanely popular Channel 4 show ‘Gogglebox’ in November this year. This was never not going to be a fantastic idea – rock’s foremost big-mouth spouting off at television? Brilliant! Not even Labour leader Jeremy Corbyn could upstage him!

3. His real first name is William

Well, Liam is the diminutive name for William and always has been, but this didn’t stop large numbers of fans being taken aback at the thought when a shot of his passport did the rounds on social media.

4. He got into music through an out-of-body experience

Talking about his formative musical experiences a decade ago, Liam told an interviewer that a visitation from the ghost of John Lennon inspired him to get into rock music when he was 16.

He told Spinner.com: “That's when it all started going down, and I reckon it has something to do with him. He don't come and visit me - at least, I don't think he does. I wish he did.”

5. He believes in aliens

Before he discovered Twitter, it seemed as though Liam might have given up rock’n’roll to get into astrology.

An insider close to Liam in early 2015 told the Daily Star: “Liam’s always been interested in outer space and believes in other worlds. “He’s been out in his back garden at night with his new telescope and even sets up on Hampstead Heath to get a better view.” 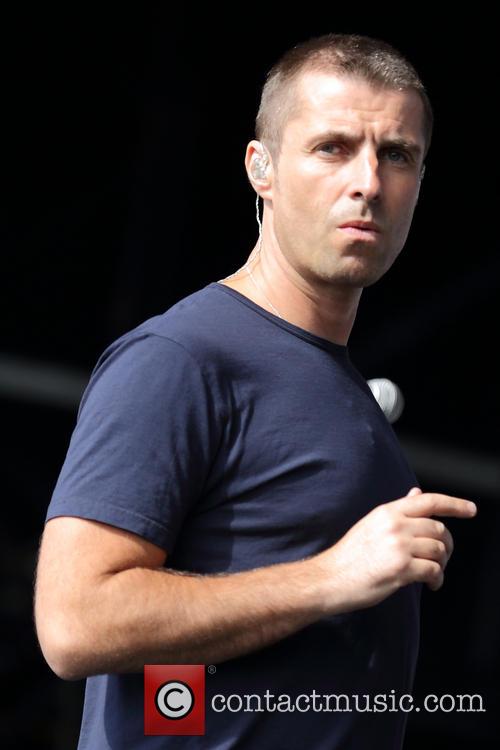 Liam Gallagher in Australia with Beady Eye in 2014

6. Elizabeth Hurley is his son’s godmother

Liam’s first son Lennon, who was born in September 1999 and his first child with ex-wife Patsy Kensit, is lucky to name none other than actress Elizabeth Hurley as his godmother.

7. His childhood nickname was ‘Weetabix’

As a child, Liam’s nickname was apparently ‘Weetabix’ – because that was all he would eat.

More than that, Liam has apparently never even had a driving lesson. Well, if you’re a world famous rock star, you’re born to be driven!

9. His ex-wife Patsy Kensit sang on an Oasis song

Liam’s first wife, actress Patsy Kensit, has a guest vocal credit on Oasis’ 1997 chart-topping single ‘All Around The World’ – a rather bloated song that’s the longest-ever track to be Number 1 in the UK.

10. He’s a massive Beatles fan and his middle names are John and Paul

Liam is such a huge fanboy for the Fab Four that he once told an interviewer that he listens to nothing else. Older brother Noel also told 2003 documentary Live Forever that Liam went through a brief period in the late ‘90s when he insisted that all his Oasis bandmates call him ‘John’, as he was convinced he was a reincarnation of Lennon himself. Even though he was born before the Beatle was shot…

More: Liam Gallagher tugs at the heartstrings as he confesses missing his brother Noel