Paul 'Bonehead' Arthurs has joined Liam Gallagher's supergroup with The Who's Roger Daltrey. 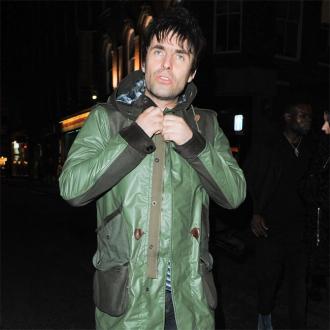 Paul 'Bonehead' Arthurs has joined Liam Gallagher's supergroup with The Who's Roger Daltrey.

The former Oasis guitarist has joined the line-up for the band - which also includes the 'Wonderwall' group's drummer Zak Starkey and Ian Broudie of The Lightning Seeds - with the as-yet untitled band set to perform during a one-off live special of 'TFI Friday' on Channel 4 tomorrow (12.06.15).

However, while the supergroup has sparked rumours of a full Oasis reunion, the news is believed to have angered Liam's brother and former bandmate Noel Gallagher, who finds rumours of a comeback ''annoying''.

He complained: ''There are only so many times that you can say it's not going to happen.''

Revealing the news earlier this week, a source told The Sun newspaper the band will perform The Who's classic 1965 hit 'My Generation', saying the musicians decided to get together because of Liam's ''boredom'', having announced the end of his group Beady Eye last October.

The source said: ''Liam's got a bit of time on his hands since Beady Eye called it a day last year so he fancied trying his hand at something new.

''He's told his mates he's pretty bored. Other than Noel (Gallagher), you would be hard pushed to find a better set of bandmates than Roger, Ian and Zak.''

Other musical guests set to feature on the anniversary show include Blur, Stone Roses, Rudimental and Years & Years.