Is Liam Gallagher Right To Mock Noel Over Blur Collaboration? 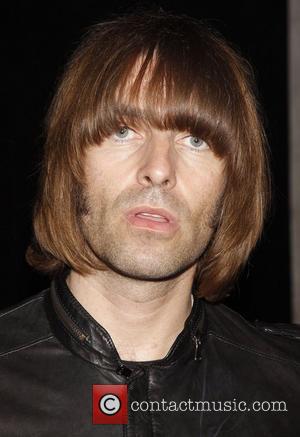 Picture: Liam Gallagher and his band Beady Eye visit the cast of the musical 'Rain: A Tribute To The Beatles On Broadway' at the Brooks Atkinson...

Liam Gallagher has blasted his brother Noel for performing with former Blur arch rivals Damon Albarn and Graham Coxon over the weekend. Former Oasis songwriter Noel teamed up with the Britpop pair at the Teenage Cancer Trust concert on Saturday evening (March 23, 2013) prompting a fiery response from his younger sibling.

"Don't know what's worse RKID sipping champagne with a war criminal or them backing vocals you've just done for BLUE ! LG x (sic)" tweeted Liam, also referring to Noel's decision to meet with Tony Blair following his election as Prime Minister. Liam, 40, and Noel, 45, have barely spoken since the latter quit Oasis in August 2009 following a fight with his younger brother, though both trade barbed insults regularly through the press.

Noel, Damon and Graham provoked rapturous applause after arriving on-stage together at London's Royal Albert Hall, though the performance was somewhat marred by the fact Paul Weller was on drums. The Evening Standard said The Jam star played "as though he'd never seen a kit in his life."

Of course, bands Oasis and Blur have history, famously duelling in the charts in the 1990s while frequently berating each other in the press and at industry events. The feud intensified when Noel stated he wished Damon and bassist Alex James would "catch AIDS and die."