Liam Gallagher insists he will never write an autobiography because he can't remember a lot of the 90s due to his hard partying lifestyle. 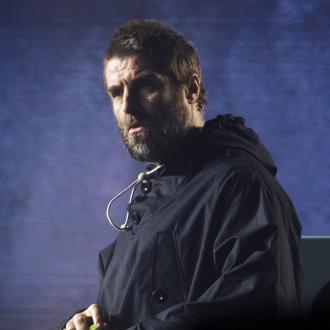 Liam Gallagher will never write an autobiography because he can't remember the wild times in Oasis.

The 47-year-old singer has no interest in penning his life story because he was ''so rock and roll'' in the 90s that he can't recall the many of the places that he went to and the people that he met due to his drinking and drug use.

And Liam is beginning to question the rock star credentials of many of his musical peers who do release tomes because they are seemingly able to remember tiny details about their lives and careers.

When asked by one of his 3.3 million Twitter users if he had ever considered writing a book, he replied: ''I find it hard remember things as I was so RnR back in the days which makes me wonder about all these so called Rock stars with great memories they are either bullshiting or didn't really do that many drugs in first place somethings not quite rite Dya get me sis (sic)''

Despite his vow to not put pen to paper, another fan pleaded with him saying ''I need a Liam book'', to which he answered: ''Ha ha can't see that happening my memory is not the best.''

Liam's biography vow comes after Screaming Trees rocker Mark Lanegan alleged in his new book 'Sing Backwards And Weep' that the 'All Around the World hitmaker quit Oasis' US tour in 1996 to avoid having a fight with him, following a verbal altercation between the pair when backstage when Screaming Trees supported Oasis in America.

Writing about his recollection of the incident, Mark wrote: ''He came up to where we were sitting, 'Howling Branches,' he shouted. I realised he was addressing me and attempting a weak joke with the over-the-top intensity of a put-down.

'''F*** off, you stupid f***ing idiot,' was my brief, blasé retort. What did you say?' Gallagher yelled. 'Are you mad?' He launched into a strange, lurching half-dance, lunging forward as though to physically attack, only to back up again while gesticulating crazily. He intended for it to look intimidating. He looked f***ing pathetic.''

Responding to Mark's account of things, Liam has branded him an ''uptight junkie'' with no sense of humour.

The 'Once' singer wrote on Twitter: ''Mark lannegn here's how I saw it I asked you your bands name I was fucking around and called it something else you being an upright junkie and not having a sense of humour got your little grungy knickers in a twist, another bullshitter trying to sell a book LG x (sic)''