Liam Gallagher has whisked 24 of his closest friends and family off on a private jet to a lavish mansion in France.

Liam Gallagher has whisked 24 of his closest friends and family off on a lavish holiday on a private jet.

The 47-year-old singer has rented a lavish mansion in the Dordogne area of south-west France and treated fiancée Debbie Gwyther, 37, sons Gene, 19, and Lennon, 20, daughter Molly, 22 and her boyfriend Louis Hartley, big brother Paul and Debbie's twin sister Katie, to the trip.

He has also brought along a host of other pals, for a fun-filled holiday in France to blow off some steam after months of lockdown due to the Covid-19 pandemic.

A source told the Sunday Mirror newspaper: ''As soon as lockdown was lifted, Liam planned a holiday for family and mates. He's got a teepee in his garden in London but there's only so much fun you can have in a tent.

''So he decided to go all out with a French adventure.''

Meanwhile, Liam has previously revealed that he hopes to move to France in the future.

He said: ''I love the buildings... I've done everything and you think, 'What goals have I got left?'

''I'll rock a beret easy. I'll rock the onions as well and a stripy thing and a wonky bike with a baguette on my arm.

''We love it and Debbie speaks French so she can do all the ordering.'' 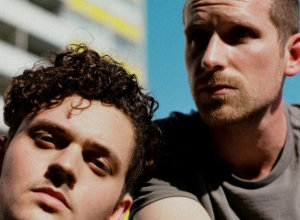 IRJA talk to us about Colin's inspirational lasagne, the pressure fuelling their desires and their June EP, 'AURA' [EXCLUSIVE]