Liam Gallagher got in trouble with Spanish police for getting too vocal as his beloved Manchester City lost their lead against Real Madrid at a football match. 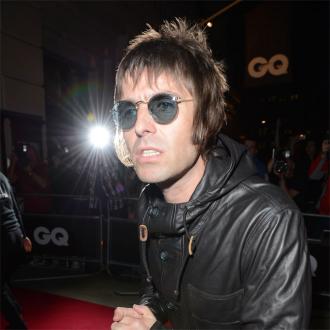 Liam Gallagher got in trouble with Spanish police over his rowdy behaviour at a football match.

The Beady Eye singer was watching Manchester City play Real Madrid at the latter's Bernabeau Stadium when an officer warned him off for getting too vocal as City lost their lead and Liam was so annoyed he and his friends left before the end of the game.

Speaking about the Champions League match, which Madrid won 3-2, a source told The Sun newspaper: ''Liam got ticked off. He was so hacked off when Madrid got back in the game he left with pals before the end.''

His spokesman confirmed Liam's exit but added: ''They left without escort.''

Liam and his brother Noel are huge Manchester City fans and it was only their mutual joy at the club -which they have supported since childhood - winning the English Premier League title this year that saw them end the feud, which caused the demise of their band Oasis, and start speaking again.

A source said earlier this year: ''They were both over the moon when City won and messages were exchanged. It took something like that to break the ice and they've also been in touch since by text.

''Things are never going to be completely lovey dovey between them but the fact they're communicating is a start.''