Liam Gallagher has reportedly upset the Stone Roses with his attention-grabbing antics at their shows. 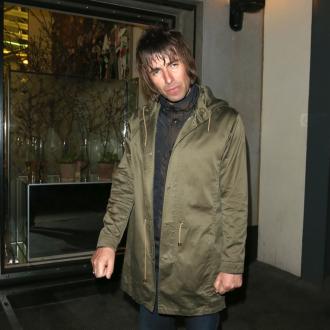 The Beady Eye frontman is a huge fan of the reformed rockers and been present at almost all of their shows over the last year, but reportedly sparked an ''ugly incident'' in Dubai in February by making inappropriate remarks.

A source said: ''It's all gone a bit sour recently with Liam and The Roses. There was an ugly incident in Dubai where Liam said a few things that were totally out of order. It didn't go down well at all.

''Ian [Brown], John [Squire] and Reni are all low-profile lads and don't subscribe to aggro of any sort.''

The 'Fool's Gold' hitmakers were also said to be unhappy with Liam's insistence at watching them from the side of the stage and drawing attention to himself.

The source added to The Sun newspaper: ''They were also getting a little bit p***ed off with him ballooning on the side of the stage every time they played a gig.

''He had to be escorted off at one show and put behind the mixing desk because he was making such a scene. He was then thrown out of there for spilling beer on the desk.

''He was generally being a bit of a n*b - and The Roses can't be arsed with the pantomime.''