Liam Gallagher will perform with his former Oasis bandmate Paul 'Bonehead' Arthurs for the first time in 14 years at London's Royal Albert Hall later this month. 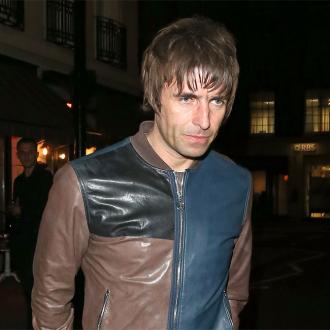 Liam Gallagher will perform with original Oasis guitarist Bonehead at a charity concert this month.

The Beady Eye rocker will be joined by his former bandmate Paul 'Bonehead' Arthurs for the first time in 14 years at the Night for Jon Brookes show at London's Royal Albert Hall, as well as members of his current band.

Liam's involvement in the show - a charity concert being staged by The Charlatans in honour of their late bandmate, who died from a brain tumour in August - was revealed last month but the fact he will be joined by Bonehead was announced on Beady Eye's twitter page last night (30.09.13).

The group posted: ''Liam, members of Beady Eye & Bonehead will perform A Night For Jon Brookes at the Royal Albert Hall, Oct 18

''If you are unable to attend but would still like to donate to The Brain Tumour Charity you can do so online at http://www.thebraintumourcharity.org/jonbrookes.''

As well as The Charlatans and Liam, Dumb, Manic Street Preachers frontman James Dean Bradfield, and members of The Vaccines and New Order will also perform, while the Chemical Brothers will DJ between the acts.

Rhythm guitarist Bonehead quit Oasis in 1999 to spend more time with his family.