Liam Gallagher is forming a super group with The Who's Roger Daltry, Ringo Starr's son Zak Starkey and the Lightning Seeds's Ian Broudie at the request of Chris Evans for the revival of TFI Friday on June 12. The band are said to be covering The Who's My Generation. 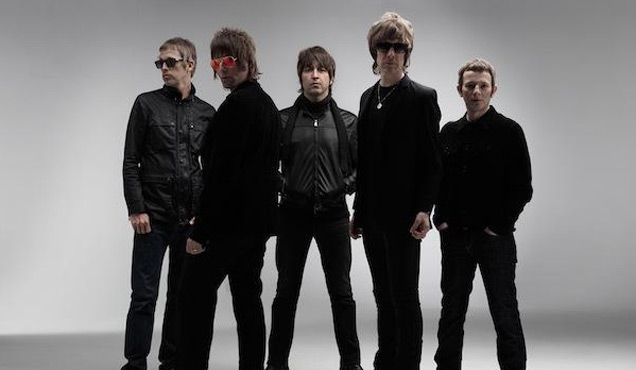 "Liam's got a bit of time on his hands since Beady Eye called it a day last year, so he fancied trying his hand at something new," a source recently told the Sun. "He's told his mates he's pretty bored. Other than Noel, you would be hard pushed to find a better set of bandmates than Roger, Ian and Zak. It's a proper supergroup and the performance will be something to remember."

The unnamed group will celebrate the show's return alongside Blur, Stone Roses, Rudimental and Years & Years.

The show is retuning for a one-off 20th anniversary special, with Evans backat the helm. Primal Scream will also be performing live.

Pub trickster Will, writer Danny Baker and the Freak or Unique segment will also be making a comeback.

"The fact is, I had turned into a complete maniac," Evans wrote in the Mail this week regarding his first stint hosting the famously raucous show, "..partly because of TFI but mostly because I had simply gone tonto. I had well and truly checked out of Hotel Terra Firma and was spinning out of control somewhere close to the edge of the known universe."

More: How did it come to this? Liam Gallagher and Robbie Williams set for The Voice