Beady Eye frontman Liam Gallagher has pledged to tame his wild ways now he is approaching 40 and is in touch with his ''spiritual'' side. 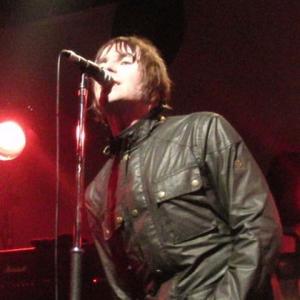 Liam Gallagher has "connected" to his spiritual side.

The Beady Eye frontman has put his hard living rock star ways behind him ahead of his 40th birthday next year and hinted he is now seeking religious guidance in his life.

He said in an interview with The Times newspaper: "I'm a spiritual kinda guy. I'm not wearing a sheet and walking down the street banging a tambourine."

Referring to U2's lead singer, he added: "And I'm not turning into f***ing Bono. It's private. But I'm connected, man. To something.

The 'Millionaire' singer - who's rock 'n' roll lifestyle has seen him loose teeth in a 2002 bar brawl, brand the England soccer team "gay boys" and repeatedly fall out with his brother and former bandmate Noel, causing their band Oasis to split - has also settled into a healthy lifestyle and now enjoys ten mile runs, golf and a healthy diet.

Liam - who has daughter Molly, 13, and son Lennon, 11, from a previous relationship, as well as son Gene, nine, with wife Nicole Appleton - added: "I don't want to sound like a hippy but it's great. I run. World to myself. Birds. Trees. No hassle from idiots.

"With golf, I love making proper contact with that ball.

"I'm still on the fish. Sardines or salmon. Salad. I feel good. It's only the cigarettes that really stand In Me way."