Liam Gallagher has slammed Kasabian for thinking they are ''saving guitar music''. 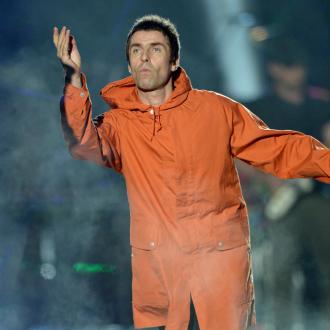 Liam Gallagher has slammed Kasabian for thinking they are ''saving guitar music''.

The British rockers recently claimed that their new album 'For Crying Out Loud' is ''about saving guitar music from the abyss'', and 45-year-old Liam has now insisted that whilst he is a fan of the band, he thinks they should be making more of an effort to be ''rock 'n' roll''.

Speaking to NME magazine, the former Oasis frontman said: ''I like Kasabian, but it's not [saving guitar music], is it?

''There's a lot of people who look the part but rock 'n' roll's not just about the music and a look, it's about what you say. A lot of these bands, you read their interviews and you slip into a coma. Everyone seems to be wrapped up in cotton wool and not prepared to make mistakes because if they step out of line they think their little career will go.

''Everyone's hanging on to their career by their nails, and I find that very sad, because if that's what you've come into it for you're gonna fall flat on your face. You should come into it to kick open the f***ing doors. The s**t that's on the radio shouldn't be on the radio. There's a lot of crap out there.''

The 'Wall of Glass' hitmaker also slammed fellow rockers U2, claiming they ''haven't written any masterpieces'', and saying they're ''nothing like The Beatles''.

He added: ''I look at the likes of U2... even years ago they were going 'we're coming back to claim f***ing rock 'n' roll' and all that nonsense. For me, they haven't wrote any masterpieces - for a band that f***ing big, with all the f***ing stuff they've got at their disposal they should be writing masterpieces. They're certainly no Beatles.''