Liam Gallagher has slammed his brother Noel over his forthcoming tour with Snow Patrol, referring to the Gary Lightbody-fronted band as ''Snore Patrol''. 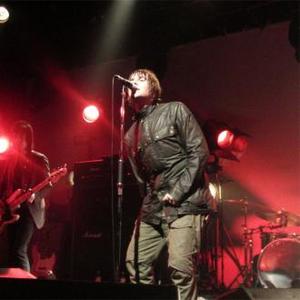 Liam Gallagher has slammed his brother Noel over his forthcoming tour plans.

The Beady Eye singer took to his twitter account to criticise his sibling's High Flying Birds project, calling them ''High Flying Smurfs'', and he referred to Snow Patrol - who are going to tour with the rocker in the US this autumn - as ''Snore Patrol''.

Noel started a solo project after quitting Oasis in 2009 following a row with Liam, who went on to form Beady Eye.

Meanwhile, the 'Bring the Light' rockers -who are made up of Gem Archer, Andy Bell and Chris Sharrock - are to perform Oasis hit 'Wonderwall', which was written by Noel, at the Olympics closing ceremony after the High Flying Birds singer turned down the offer.

A source told The Sun newspaper: ''A couple of months back the Olympic production team got in touch with Noel about playing his part in the closing ceremony.

''Along with his manager, they thought long and hard about it. It was a big temptation with 650 million people expected to tune in on TV.

''But he knocked it back in the end - he has been on a great tour and he doesn't really need to do it. The organisers asked Liam if he was keen and he said yes.''