Liam Gallagher has allegedly issued the mother of his lovechild with a confidentiality agreement, which will prevent her from revealing any secrets about him. 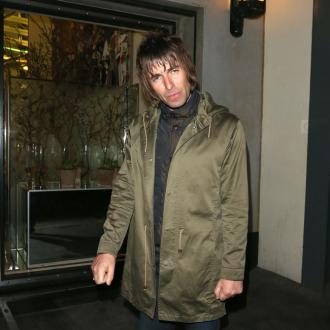 Liam Gallagher has allegedly issued the mother of his lovechild with a confidentiality agreement.

The Beady Eye frontman is being sued for £2 million in child support fees by US journalist Liza Ghorbani, who claims the rocker has fathered her eight-month-old daughter Gemma, but the negotiations are currently in deadlock after he tried to force her to sign a legal agreement, preventing her from revealing any secrets about him.

A source told the New York Post newspaper: ''Liza had no problem signing a confidentiality agreement regarding Liam's finances, but Liam's lawyers discreetly tried to add on an agreement that Liza never disclose any personal details of their relationship. This has made Liza irate.

''His lawyers have insulted her one too many times. Liza sat quietly for Liam through her pregnancy and months after, while caring for their child with no help from him monetarily or otherwise, even trying to keep their identities secret in the court case.

''She's fed up. Liza and Liam were so close, they were picking out baby names together. She won't sign the confidentiality agreement, she feels it is offensive because they did have an intense relationship. The negotiations are deadlocked.''

The former Oasis frontman met Liza after she interviewed him for the New York Times newspaper in 2010.

The singer already has three children by three different women - 12-year-old son, Gene, with wife Nicole Appleton, Lennon, 13, with ex-wife Patsy Kensit, and Molly, 15, with Lisa Moorish, following an affair in 1997 - but is a self-proclaimed ''top dad''.