Liam Gallagher is away with the birds during lockdown

Liam Gallagher is getting into nature during the coronavirus lockdown and believes he's managed to get into the rhythms of birds. 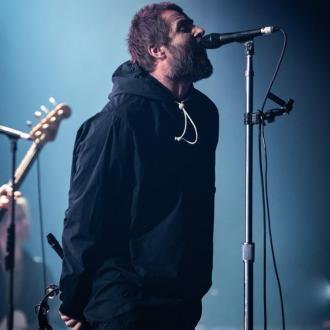 Liam Gallagher believes he's ''cracked'' the ''rhythm of the birds'' during lockdown.

The former Oasis frontman - who is engaged to his manager Debbie Gwyther - has been connecting with nature during the coronavirus pandemic and even put up a tipi in his garden, complete with a double bed to sleep in.

And he's also been listening to the chirps of birds and concluded that they are ''not just talking gibberish''.

Liam told the latest issue of Q magazine of his isolation routine: ''I'm also trying to get into the rhythm of the birds.

''I'm listening to them do their thing and I think I've cracked it, man.

''Obviously it's a different language and I don't understand it, but they're not just talking gibberish, that lot.''

The 'Some Might Say' hitmaker also revealed that he's been walking around the house naked, whilst he is toying with whether or not to shave off the excessive beard he's grown.

Asked what the first things he'll be doing once the lockdown is lifted, he said: ''Put some f*****g clothes on, for starters.

''Maybe shave the beard off, but maybe not.

''I've had it for three months so you can imagine what it looks like.

''I've had since Christmas and I've not even had a trim.

''Part of me was thinking that I look pretty f***ing cool and then there's the days when I think I look like a right ****, but then, so does everyone else.

''So yeah, shave it off, put some clothes on and go to the pub and rink some Guinness.

Liam is proud of his long hair and joked that his new look is ''Scarface'' from the 1983 crime movie starring Al Pacino as the titular drug lord Tony Montana.

Elsewhere, the 'Once' singer quipped that he had a nightmare about his house being burnt down after his arch-nemesis and sibling Noel jokingly threatened to do just that.

The ex-bandmates have been locked in a bitter feud since the band split in 2009, and after the 'Wonderwall' songwriter joked about burning Liam's house down, the 'Shockwave' hitmaker has revealed the dream he had last month.

Asked for the fan Q&A for the publication if he's been having weirder dreams during the coronavirus pandemic, Liam said: ''No, I have pretty wild dreams anyway.

''I had a dream last night that someone was trying to burn my house down.

In a recent interview, Noel, 52, admitted he had thought about Liam's request to reform Oasis and joked he also considered setting his home on fire.

He said: ''I've often thought ''Lets just do a gig'', he said. 'But I realised I would only be doing it to shut this f***ing idiot up. The only other thing I could come up with was burning his house down or smashing his car in...but that's not going to solve anything is it?''