Liam Gallagher and his estranged wife Nicole Appleton are set for a furious custody battle - over the care of their two beloved dogs. 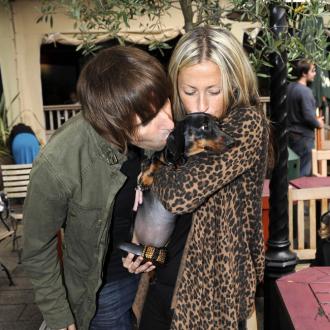 Liam Gallagher and estranged wife Nicole Appleton are set for a custody battle over their dogs.

The Beady Eye rocker - who has son Gene, 12, with the former All Saints singer - is desperately missing his sausage dogs, Ruby Tuesday and Brigitte Bardot, and is keen for them to spend time at the north London home he has moved into with new girlfriend Debbie Gwyther.

A source said: ''He wants to share custody of the dogs with Nicole - no way is he prepared to lose them. It's breaking his heart not being with them.

''He's even been visiting pet shops in Primrose Hill to get his doggy fix.''

However, Nicole - who was left devastated this summer when it emerged Liam had fathered a child with US journalist Liza Ghorbani - doesn't want to accommodate 'The Roller' hitmaker's request.

The source added to the Daily Star newspaper: ''Liam's told Nicole how strongly he feels about the matter. But she's in no mood to make his life easier.''

Liam - who also has children Lennon, 14, with ex-wife Patsy Kensit, and Molly, 15, with Lisa Moorish - is a big fan of sausage dogs and previously vowed to do all he could to prevent the breed from becoming extinct.